Department of Insurance, Securities and Banking

Office Hours
Monday to Friday, 8:15 am to 4:45 pm, except District holidays

Karima Woods
Acting Commissioner
-A +A 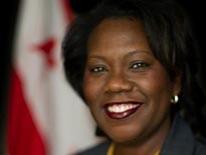 Karima M. Woods was appointed Acting Commissioner of the District of Columbia Department of Insurance, Securities and Banking on January 21, 2020.

Woods previously served as the Director of Business Development and Strategy in the Office of the Deputy Mayor for Planning and Economic Development (DMPED), where she provided strategic leadership, stakeholder engagement and global outreach to the business community. Ms. Woods has held several positions within DMPED, including Deputy Director of Business Development and International Business Manager, where she helped to shape signature business development initiatives, attract foreign direct investment and establish new business relationships with international markets. Her leadership has led to the successful execution of the Mayor’s economic strategy and helped to drive the District’s business attraction and retention efforts across key business sectors. Her work has also contributed to several policy outcomes, including increased investment in underrepresented entrepreneurs to address the human, social and financial capital that entrepreneurs need to grow and expand. Ms. Woods has served on several boards and commissions, including the Mayor’s Innovation Technology Inclusion Council, Washington DC Economic Partnership, Destination DC and the Greater Washington Board of Trade Council on Economic Development Officials.

Woods holds a M.B.A. from George Washington University and B.A. in law and society from the University of California at Santa Barbara.

Woods is married and lives with her husband and two daughters in Washington, DC.